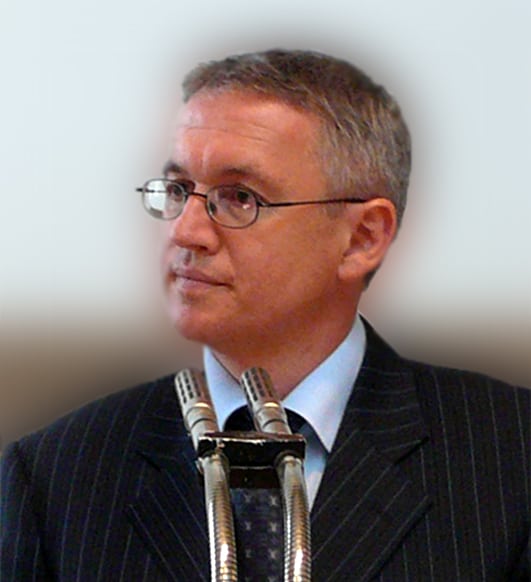 Mr. Hirneise, how did you come to Oil-Protein Diet?
This is actually a crazy story, because I had to travel thousands of miles, so I could learn about Dr Budwig in the far IOWA in the United States from Frank Wiewel, the president of People Against Cancer in America. He was the first one who told me about Dr Budwig and he was also the one who arranged for me by fax an appointment with her. The crazy thing is that I lived only a few miles away from her. But you certainly know the proposition that the prophet isn´t worth anything in his own country.

How old was Dr Budwig back then?
She was already 89 years old, but still received patients and was mentally and physically extremely vigorous. Unfortunately, she lived otherwise very withdrawn and didn´t want to have anything to do with the outside world anymore.

Did you understand each other from the beginning?
No, not at all. Dr Budwig seemed very unapproachable, and I was too determined and all my questions must have been very unpleasant for her. She invited me yet again and offered me to look into her records (patient records, her own statistics, etc.). This was frankly a big surprise for me and a great honor because I know that she had never previously allowed this to another person. She told me later that I would owe this happiness to really only one fact, namely to my great logical understanding, very well developed and that she had recognized this very quickly.
I have spent the next few years, many mornings and afternoons at her house. Sometimes we cooked something together, and we rarely went into a restaurant to Freudenstadt to eat there something together, because they were cooking there according to her recommendations. During this time we got used to each other. I learned which questions I can ask and above all how I had to ask these questions, and Dr Budwig learned better to accept my many questions and understood that I did it everything for one reason only, namely to preserve her knowledge for the future. And so it happened that she offered me to write once again a book and that she would hold lectures together with me.

What impressed you the most on Dr Budwig?
There were many things. On the one hand a woman who has lived for 70 years for science and for nothing else. Then the courage to face over the years the great power of the margarine and pharmaceutical industry, without regard to her own life. There were also her incredible memory and her great knowledge of various scientific departments such as chemistry, biology, physics, pharmacy and medicine. This knowledge and with it related deep power of deduction to answer medical questions I have always admired by Dr Budwig.

And what impressed you that much on the Oil-Protein Diet, that you are such a big advocate of this nutritional therapy?
The answer is relatively simple. The successes of the Oil-Protein Diet. At first, I had the great fortune to be able to read countless letters of thanks to Dr Budwig. I think that this kind of letters is more important and reliable in assessing a therapy than studies. There were also many former patients who I could meet either in person or who contacted me later and were talking about their successes. And then of course there are my personal experiences with countless patients I have personally counseled in the past years. Everything together has convinced me that the Oil-Protein Diet is one of the best, if not the best, nutritional treatment in the whole world.

Why does the Oil-Protein Diet work?
Although I’ve now been dealing with it for 20 years intensively, in my opinion, this question is still difficult to answer. I definitely do not make the same mistake as many others that limit the Oil-Protein Diet on lipoproteids or polyunsaturated fatty acids. Also, I know the role of oxygen in the body and how important protein compounds, sulfuric acid, and water soluble oils are. But even Dr Budwig has repeatedly told her patients that she can’t help them; for instance, family situations do not change. I see the Oil-Protein Diet as an important help, to rebalance the energetic imbalance of cancer patients. Whether these electrons jump from one shell to the other or not, is only even secondarily important to me.

But the science is still evolving, don´t we have today more possibilities to better understand the functioning of the Oil-Protein Diet?
I´m not so sure, whether is the science really evolving. But you are right, we now know more about cell membranes, genes or mutations than ever before. But I haven´t really found anything new that would lead to any changes in the Oil-Protein Diet. Quite the contrary. Bruce Lipton´s work on genes and cell membranes confirms Dr Budwig´s work as well as the discovery of the functioning of the p53 apoptosis gene. In recent years I have found a lot of proofs which confirmed the correctness of Oil-Protein Diet and I was again and again wondering how brilliant was Dr Budwig writing about 30 years ago about things that she could not prove during that time. But to be honest, I am now only partly interested in all these things, because I know, unlike many others, how successful Oil-Protein Diet is and don´t need to believe anything more. Since I am not a scientist and theoretical studies touch me only tangentially, the only thing I want today is to keep the great knowledge of Dr Budwig in its original form and share it.

Apropos original form? What has actually happened after the death of Dr Budwig? How has she settled the successor role?
If you had known Dr Budwig, you wouldn´t ask this question.

What do you mean by that?
She told once me over a cup of tea, that she believes that with her will die the last generation of honest scientists who are interested just in the research and do not care about the money. And I think she was right. She was her whole life a lone fighter and never allowed another soul to come near her. I initially thought that it would be just because of her old age. However, I have later met many people inside and outside of her family who all confirmed to me that the aloofness accompanied her for her whole life. And so it was never possible that she would have tolerated a successor by her side.

So, is there no official successor?
Unfortunately, the answer is quite clearly yes; there isn’t.

How do you promote Dr Budwig’s legacy?
Since 1999 I have been the only teacher of the Oil-Protein Diet, who has given lectures and offered training throughout Germany and worldwide. In addition, since 2006 I have been advising the only international center (www.3e-centre.com and www.theoriginalbudwigcenter.com), in which the Oil-Protein Diet is used as a nutritional therapy for cancer patients. Also, I have had far more than 10,000 interviews / calls in the last 20 years with mostly final cancer patients, to help them today, as we do at Krebs21 (www.krebs21.de) or in the 3E-center. And how extraordinarily successful this makes our 3E-Team, you can read in our study from 2010 (www.krebs21.de/3E-study.pdf).
Together with several other people from European and Asian countries, I also co-founded the IOPDF (International Oil-Protein Diet Foundation) in 2012 and I sit there on the Board. The aim of the foundation is to train and pass on the original Oil-Protein Diet, as I was able to learn from Dr Budwig. For this purpose we have developed a curriculum and provide training as Oil-Protein Diet counselors since autumn 2013 (more info at www.iopdf.com). We have also initiated programs for different countries for people with low financial possibilities to get better access to products that are necessary for the Oil-Protein Diet. For more information about IOPDF please go to: www.iopdf.com

The complete interview you can find in the book:

The great cookbook and textbook of the Oil-Protein Diet